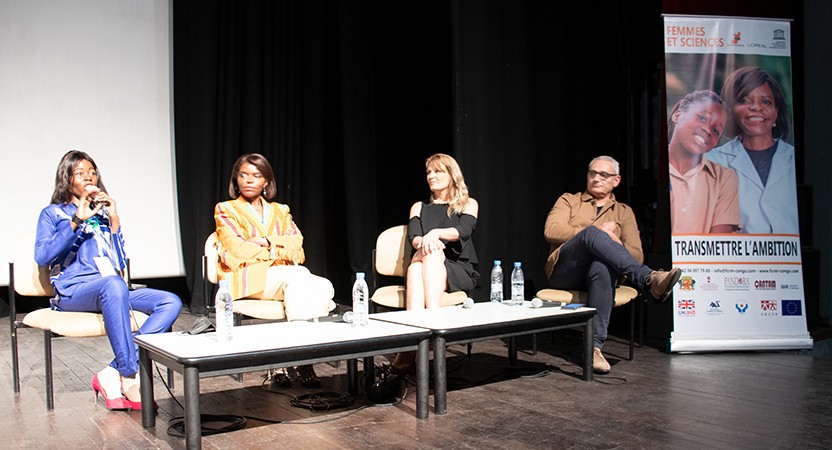 THE WOMAN’S END OF MONTH IN CONGO-BRAZZAVILLE: SCREENING OF THE DOCUMENTARY FILM “WOMEN AND SCIENCE IN AFRICA, A GENTLE REVOLUTION”

During this end of the month of March, closing up a 30-days period considered to recall that women in many countries have not yet acquired all the rights to ensure their full participation in the life of the nation, The “Fondation Congolaise pour la Recherche Médicale” (Congolese Foundation for Medical Research) (www.fcrm-congo.com) and its partners, on this Wednesday, March 30, 2022. organized the screening of the documentary film entitled “Women and Science in Africa, A Gentle Revolution”, in the French Institute du Congo (ex CCF)’s big hall.

This first screening of the documentary film in Brazzaville in the presence of an audience (more than 500 people) composed mainly of the youth (students, pupils and high school students, youth associations....), a large number of political authorities as well as the director of the film Kate Thompson-Gorry and the producer of the film, Michel Welterlin, takes place after it has been projected severally around the world.

Enriching exchanges between this warm audience and the panellists (Professor Francine NTOUMI, Justel PIANDA: Tech Entrepreneur - WebDesigner, Kate Thompson-Gorry and Michel Welterlin), took place at the end of the film. Discussions continued around a cocktail.

Being part of the « Femmes & Sciences » (“Women & Science”) program of the Congolese Foundation for Medical Research, with current theme: « TRANSMETTRE L'AMBITION », (“TRANSMITTING AMBITION”), this activity emphasizes the need for accompanying measures to facilitate the integration of women in scientific disciplines and above all support it so that they can flourish. For example, motherhood should not constitute an obstacle to the career development of female scientists.

This film is a great tool for the advocacy, education and encouragement for girls and women in science in Africa, and the FCRM strongly encouraged by the public to set up the « caravane des Femmes de Science » (“Caravan of Women in Science”) as soon as possible, with the goal to move from one neighborhood to another as well as in all the cities of the country, in order to present this film to as many people as possible.

What if the next Einstein was a Congolese ? 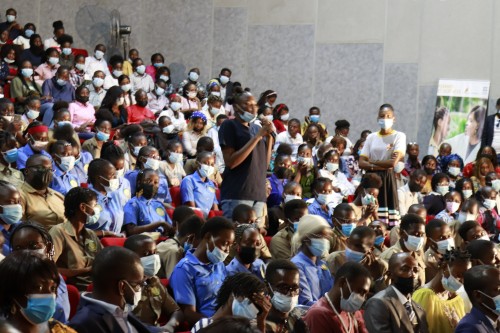 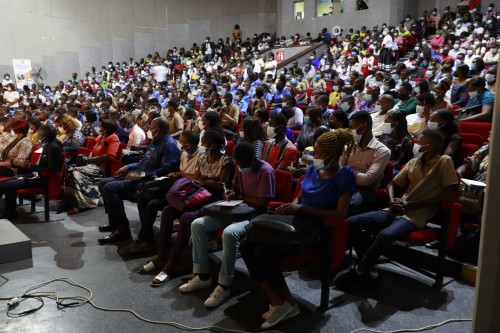 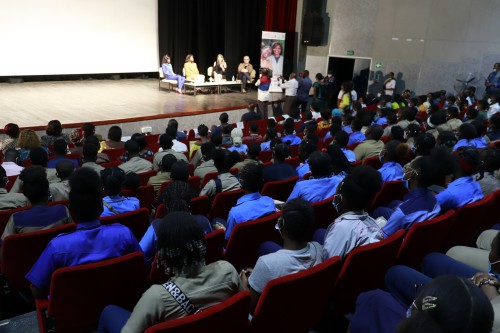