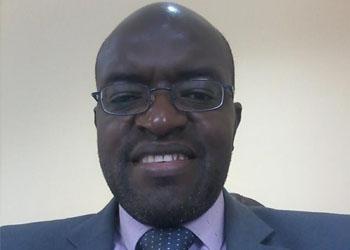 Jean-Bernard Lekana-Douki is currently working as a professor at Department of Parasitology-Mycology Tropical Medicine, Faculty of Medicine, University of Health Sciences, Libreville, Gabon.
He completed his DEA (Master of research) from University of Medicine, Paris XII, France in 1999. He got Certificate of General Microbiology from Pasteur Institute, Paris, France in 1999. He completed his PhD from University of Paris XII, in 2002, on analysis of factors associated with P. falciparum sequestration, specifically on pregnancy associated malaria.

Since july 2012, he is an Associated Professor of Concil of Universities of Africa and Malgache for the High school (CAMES). His researches are focusing on Childhood malaria, genetics of antimalarial drug resistance, antiplasmodial activity of natural substances, bacterial fevers and pathogens associated with children diarrhea. These researches found that malaria prevalence declined with the implementation of Artemisinin based combination therapies (ACT). This good result was associated with the increased of antimalarial drug resistance markers prevalence. No P. falciparum artemisinin resistance is currently reported in Gabon. He is author of around 45 scientific publications.

Since February 2016, is the head of Unit of evolution, epidemiology and parasite resistances (UNEEREP) at International Center of Medical Researches at Franceville (CIRMF), Franceville, Gabon. He is also the deputy head of Regional PhD school of Infectiology of Central Africa.
He got 2 scientific awards: